Embodied Cognition and why you should care 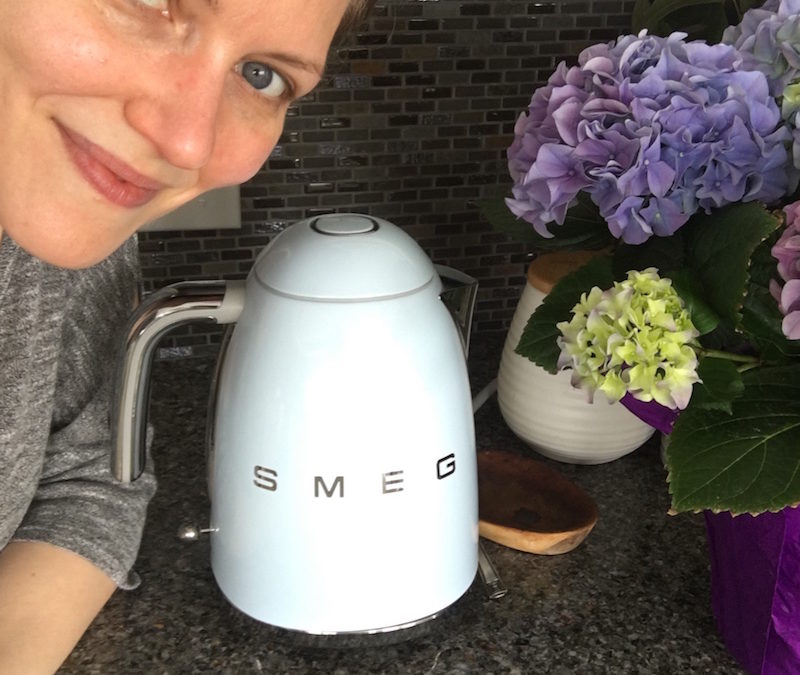 I’ve been gettin’ my nerd on. The Scientific American; NPR archives; The Psychonomic Bulletin And Review…are you snoring yet?

I’ve been reading up on a concept called “embodied cognition” because I’m always trying to understand WHY things work. Things like… my own coaching programs.

I’m an intuitive human. I can often tell you the answer to a question but have no rational explanation as to how I arrived at the answer. (It’s a little bit like in high school, when I’d write my research papers out in full and THEN go back and write the outline. I could NEVER do it in the proper order.) I’ll often get an intuitive guess about one of my private clients that isn’t based on anything logical; it’s just a hunch that’d make Nancy Drew proud.

This is useful for a life coach, but sometimes maddening, too.

Witness me: “The Queen Sweep works!!! I have no idea WHY! None at all! But….but I swear it does!”

That’s not a very compelling argument, even for an English major.

On the one hand, I knew beyond a shadow of a doubt that when people moved things around in their environment, they shifted their inner mental and emotional patterns. I had seen again and again that something as simple as clearing off the top of a dresser could give someone a boost of courage and resolve. I had witnessed firsthand that dealing with stacks of old papers could unstick someone’s career trajectory. I knew that my new pale blue Smeg teakettle up there inspired bouts of honest-to-goodness heroism in me (which is a whole ‘nother story; remind me to tell you sometime.)

But it sounded almost too magical to be true.

“Ummm, it’s because we’re metaphorical creatures,” I’d mumble. “It sometimes…well…it sets off all kinds of larger ripples,” I’d say sheepishly, sounding even to myself like a snake oil salesman, someone who’d tell you to stop paying your taxes and taking your meds and just read The Secret instead. (Incidentally, for the record, I think The Secret is absolutely snake oil.)

I have a running joke with my lifetime Queen Sweepers where they’ll send me an article with the comment, “Hey, THIS is why such-and-such exercise works!” and I’d always reply, “Ha! I love it when science tells me I’m right!”

But I wanted to understand. So, prompted by yet another one of these articles (thanks Wende!), I went down the internet rabbit hole trying to decode the big rambling Scrabble board of tangentially related studies, theories, concepts, and philosophies that gets lumped under the phrase “embodied cognition.”

Now if you’re a neurologist behavioralist psychological researcher, please cover your ears for this next part.

I’m going to reduce this big jumbled, contradictory, mishmash of ideas to this tiny yet radical idea: we don’t just live in our logical, cognitive minds. We are physical beings and the physical world we move through– and the way we see, touch, taste, smell, and hear it– shapes our experience so fundamentally that we mostly don’t even know it’s happening.

It doesn’t sound that crazy when you say it like that, right?

(But oh you should witness the frenzy of scorn some academics lavish on this idea, tossing around the words “nonsensically,” “trivial,” and “vacuous” like they’re 20th century scientists talking about…well…women.)

Of course, like any exciting new idea, some people take it all the way to the ridiculous extreme, proclaiming that a building’s wallcoverings matter more to a company’s outcomes than the culture of the organization inside it. Or saying that teachers AND THE MATERIAL THEY TEACH aren’t as important as the color of the school’s linoleum. Even I, the original Queen Sweeper herself, thinks that’s ridiculous. So can we just agree to dismiss the fringe elements?

Because it’s still a pretty exciting idea– that the experiences we give our physical body impact the world we shape in our minds. And our minds then go on to think marvelous or terrible thoughts within that world, which in turn steer the actions we take, which create the world we shape with our choices…and so on and so forth.

Now obviously, there are 42 ways to look at pretty much everything in the world. Embodied cognition is just one lens.

For example, taking ownership of your “story,” the mental narrative you tell yourself about what your life means, is powerful. Choosing to cast yourself as the intrepid heroine of your own lifetime movie is going to be more helpful than constantly repeating an inner litany of how unfair life is and how nothing ever goes your way and you’re doomed, DOOOOOOOMED. (Not exactly rocket science.)

And questioning your own inner belief system, especially the one you probably inherited unconsciously from your family/community/religion/culture of origin, is a fantastic way to break out of old handed-down patterns and upper limits.

But you know what else is super awesome?

Cleaning off your desk. Throwing away outfits that make you feel small. Facing down the piles of paper. Reclaiming your dining room table for meals with candles and china.

Plus: at the end of it, your house looks pretty.

If you want to run your own highly scientific experiment, pick one small spot in your home that you look at every day; ideally something you look at for long periods of time each day. This might be the area right around your computer monitor, or your main kitchen island, or your couch.

I’m guessing you can think of some immediate upgrades you’d make.

So what if you gave yourself the best possible chance of being someone who can HANDLE those things like a boss? Of being someone who can pick out the truly essential meaningful things and do THOSE things? If embodied cognition teaches us anything, it’s that beautifying our spaces can’t hurt, and it just might reflect back the person we want to be….and help us grow into her more quickly and more effortlessly.

Now here’s the important part. It’s the part where you take that brilliant cognitive mind of yours and you embody it– in other words, go and actually DO that thing. Clear off your desk. Set the table for dinner with your best china. Wear a rocking outfit. Put on your shitkicker boots. Or your finest silk gown. Or both!

And if you want to make my whole week, share a photo of it on social media and tag me in it!!! I’m @DeclareDominion on Facebook and @annakunnecke on Instagram and I’d LOOOOOVE to see it. (Plus, if we aren’t hooked up on there already, you’re missing the juicy behind-the-scenes stuff I share there in the “stories”…like where I am RIGHT NOW. Hint: it’s not in my kitchen.

All the best days start with morning pages. @julia

I was woken by a terrible horrible beeping from th

Oh go on and be your most mostest muchness self. W

It was a family day, a rainbow day, a painting and

All those years I believed that “true love” wa

We invited our kids to a fancy Valentine’s dinne

My intensely nerdy glee when my sweater and nails

On this last trip, a few days ago when I was flyin

Five years ago when the universe shocked me with a

Friends. I am SO GRATEFUL for this book, and to @m

Aaaaaand, HOME. (Don’t stop until you get home.