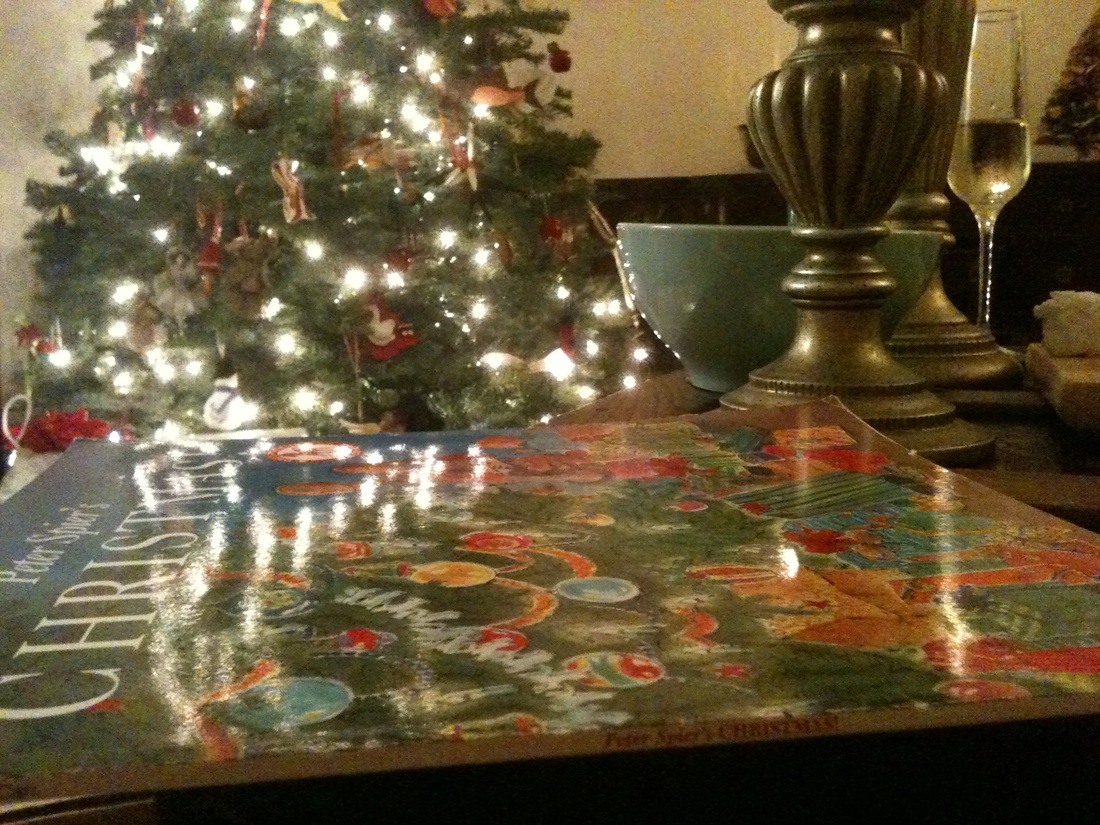 It’s started, you guys.  Can you feel it?  The holiday swirl.

We’ve tipped past Thanksgiving, and the world will lose its mind today and spend ALL the monies in a shopping frenzy. It’s like we’ve been teetering on the edge of a big towering cliff and this is the exact moment where most of us tip over the edge and fall into the great abyss of holiday madness.  We won’t resurface until mid-January, when we look around in a daze and wonder what happened to the end of the year and did we even remember to make new year’s resolutions and also where the HELL did this credit card bill come from?

This is not to knock the holidays.  Me, I LOVE me some holidays.  There will be SO MANY Christmas traditions enforced in my house this year– the daily Advent calendar of cheerful rituals, the live tree, the sacred watching of Love Actually and Die Hard– merriment by tyranny. It’s grand.

But there’s one little thing I want all of us to keep in mind as we skate right up to the edge of that cliff and teeter over the edge, and it’s this:

Make the insides FEEL as good as the outsides LOOK.

Most of us try SO hard to get our outsides to look right.  We’ve learned (oh we learned it so well) that if we dress right, smile right, say the right thing, are kind enough, diplomatic enough, hip enough, cool enough, warm enough, approachable enough, firm enough– then we will be okay. We will be able to pass through the world with a sense of what Anne Lamott calls okayness.

A lot of people feel like the very best they can hope for is to trick others into thinking that they’re okay. Forget actually feeling a sense of peace or quiet self-confidence or a burble of joy; nah, we’ll settle for appearing all right to others, no matter what might be happening inside us. This is called imposter syndrome, and it’s exhausting. No matter how successful we are, underneath there’s a panicky feeling that if people see who we really are, we’ll be exposed as a fraud and kicked out of okayness. For some people, imposter syndrome becomes not just a way of life, but a goal. They figure that’s as good as it gets.

This is so sad, you guys.

This will make your insides feel as vacant and empty as a Canadian Target.

And the worst part is– it will feel lonely and hollow and awful EVEN WHEN you’ve got everyone around you fooled.  In fact, some of the loneliest people I’ve ever met have the brightest, shiniest exteriors.

Now listen, I have got nothing against shiny pretty things.  In fact, making things beautiful is part of my religion, as evinced over on Instagram and Pinterest.

But we can’t neglect or sacrifice our insides at the expense of our outsides.

So here’s a simple guideline to steer you through the coming weeks:

Make sure it feels as good on the inside as it appears on the outside.

Beware those activities, people, and purchases that are the equivalent of a cheap set of footie pajamas.  They’re all fuzzy on the outside, but the inside is a nightmare of sharp poky seams, cold zippers, and pinchiness.

Your big clue will be a feeling of guilt.  Consider guilt to be your big red warning flag.  It’s waving at you wildly, saying, “BACK AWAY FROM THE SCRATCHY FOOTIES!!!”

Go for the things that feel like a cashmere blanket.  THOSE are the things, people, and purchases that will nourish you all the way down inside you.  And if none come your way?  Well then go make your own, loves.  Some of my favorite metaphorical cashmere blankets are free: quiet moments spent looking out the window, a lit candle, a cup of tea, snuggling with my favorite people, and reading favorite kids’ books.

There’s nothing wrong with making it all shiny and beautiful. Just make sure it feels as good on the inside as it looks on the outside. And you’ll be golden. Inside and out.

Here’s what you can’t hear: But I don’t even