Pushing through my own upper limits 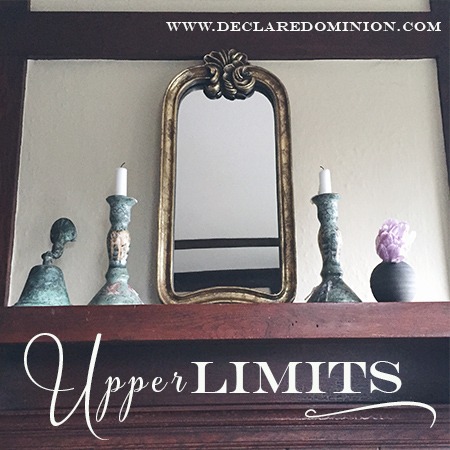 Now then, are you ready to get personal?

In his book The Big Leap, Dr. Gay Hendricks writes about the concept of the upper limit. He’s talking about the phenomenon where things get TOO good, and we get a little nervous.  After studying highly successful people, Dr. Hendricks discovered a consistent pattern of self-sabotage– it was almost as if people were afraid to let things get too good in too many areas at once, and so they would unconsciously “cut themselves down to size” by sabotaging a different area of their life when one got too good.  It seems so counter-intuitive, right?  And yet there are a lot of negative tribal beliefs out there about people who encounter great good fortune.  Maybe you have a buried assumption about karma: that if things get too good, something bad will happen to even things out.  Maybe we remember the myth of Icarus and we’re afraid that if we fly too high, our wings will melt and we’ll tumble down to the ground.  Maybe we fear that great wealth or a windfall will leave us alone, isolated from our friends and family.  Unconscious beliefs like this are even more powerful when they’re mostly underground, and we’re not even fully aware of them.

Dr. Martha Beck writes, “We get what we trust.  Trust poverty and betrayal to be there, they will.  Trust abundance and love to be there, they will.”  I am someone who was born with a pre-installed factory setting that had me deeply trusting that the world was full of suffering and heartbreak.  I proved this belief right many a time.

And for the past two decades I have been deliberately retraining myself into trusting a very different version of reality.  I wholeheartedly put my trust in the power of beauty, and redemption, and healing.  I put my faith in forgiveness, and resilience, and the great good that pulses inside people.  This recalibrating is maybe one of the most radical things I’ve ever done.  It still scares the bejesus out of me sometimes, but it’s also the most joyful adventure I could ever ask for.

Dr. Hendricks’ theory makes a lot of sense to me and is reinforced by what I see in my own life and also in my clients.  Sometimes the people who are most stressed out are the ones who have just received exactly what they thought they wanted.  It makes them feel deeply anxious in a way that they can’t quite articulate, and this is often a sign to me that they’ve hit an upper limit.  They’re afraid that if things stay this good or god help them get better, that they’ll have to “pay” for that abundance by sacrificing something in another area of their lives.

But the universe isn’t a pie– it’s more like a bakery.  We have enormous capacity for imagining, creating, and generating things.

The kindest, gentlest way to rise up above your upper limits is simply to bring them out into the light.  Rather than trying to bust through them with brute force, when you shine a bright, compassionate light in all those shadowy places they simply melt away.  When we invite our inner monsters to come sit down at the table with us, they turn out not to be as scary as we thought.  They’re usually just trying to keep us safe.

This is where a good coach or therapist can be immensely helpful, by giving you a safe place to look at all the hidden parts and bring them out into the open so that they can be claimed and integrated.

And here’s a down and dirty way you can go ahead and coach yourself right now.

Think of a place in your life that stubbornly stays stuck.  Maybe you want to make more money in your business but your profit has stayed steady for the past three years, or you’ve got fifteen pounds that just won’t budge no matter how lovingly you fuel and move your body.  Try asking that irritating stuck spot if it is trying to keep you safe in some way.  You might be surprised by the answer you get.

Here are some of the surprising answers my clients have gotten when they engaged an infuriating part of their life in dialogue:

Here’s the thing– there is seriously flawed logic in every single one of these statements.  But that’s because they’re coming from a place in us that can only reason and operate like a very young child.  It’s not a bad part of us; it’s just a part of us that has very limited understanding of how the world works.

When my clients address these fears– when they treat them with compassion, the way they would care for a confused and anxious child– things shift in a big way.

They start to comfort those scared parts of themselves by saying things like,

I am deliberately stretching past one of my own upper limits these days– the one I had unconsciously installed around intimacy.  I had been so hurt and disappointed by my romantic entanglements throughout the years that at some point I had decided that the only way to be really safe was to be on my own.  This wasn’t a bad thing; it was actually a really healthy counter-swing of independence, and it made me strong and resilient and gave me a bone-deep trust in my ability to handle things and create a life I loved all on my own. 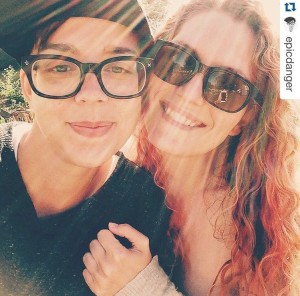 But that same commitment to independence could become stifling and rob me of joy if I keep it in place even as I embark on a new and deeply loving partnership.  By definition, these upper limits are mostly invisible to me– but they’re clear as day to my beloved, who lets me know when she’s run into one.  It’s shockingly uncomfortable for me to lean into openness and intimacy– it feels profoundly terrifying sometimes.

There is a part of me who is fervently convinced that trusting someone in this way is terribly unsafe.  This part of me is trying to keep me safe, it’s a loyal ally, but it’s also working off incomplete information.  So my job is to speak kindly to this part of me, to keep my eyes open and take risks, to dare greatly, as Brene Brown would say.  And it’s also my job to marshal all the support I need– good friends, a great couples therapist, and regular massages, to keep stretching toward the version of life that I want.  Because on the other side of that discomfort is some of the sweetest, deepest joy I’ve ever known.

Of course there is some inherent risk in this.  But there’s risk to all of it.  We have to choose: we can risk by getting bigger, or we can risk by shrinking smaller.

Keep stretching up and out, loves.  Keep your feet planted firmly in the ground, and reach those arms up to the sky.