The story of my move 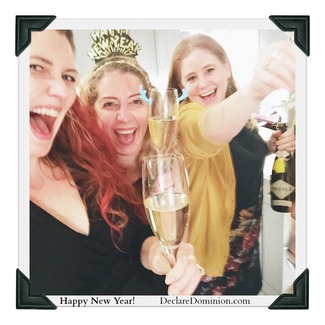 So…I will be moving in just two short weeks.

This is a big expansion for me, and I want to tell you the story of how it came about.

It starts nearly four years ago, when I first stepped into this tiny little gem of an apartment and said, “I’ll take it!”

When I signed my lease, I was certain I’d only be here for six months. For one thing, I still planned to return to Japan after the earthquake kerfuffle quieted down, and for another, this place was lovely but too insanely tiny to actually LIVE with my daughter.

Nearly four years later…. we are still here! Don’t get me wrong, during those four years, I was always on the lookout for reasonably good-sized homes that we could move into. Luckily my friend was house-hunting too, so we would be looking at the real estate market together. She managed to find us lots of options through Calgary Luxury Real Estate, and I have to say, the houses were amazing. Unfortunately, none of them were in my price range and it would mean moving to a different place. And this was just not on the cards for us at this moment in time, hopefully it will be in the future. Moving into homes like that is the dream. But in the meantime, we’re still in our little house.

Every few months, my tiny home would start to drive me INSANE.

There’s no extra space, which means it has to stay neat as a pin all the time or it just feels like a disaster.

There’s no extra storage, which means I have to be constantly ruthless about what I let into my home and keep culling our possessions.

There’s no extra, period. Every inch is maxed out.

In some ways, this was a good discipline for me.

But it got really, really old.

So every few months, I’d hop on Zillow and start looking for a new place. And I would always bump up against the same grim reality: I accidentally moved into the most expensive neighborhood in Portland. Damn it!!!

If I wasn’t fixed to this location with my friends, family, and work, I might consider making the journey out to the Midwest where my money could go a lot further. I could be looking at a dream house in Kansas City like the ones from BROOKFIELD RESIDENTIAL if my circumstances were different. They’re very attractive homes but, for now, at least, I will keep looking in Portland and then maybe revisit moving out there when I have fewer ties here.

I exaggerate only slightly.

So I’d conclude that I liked my current place better than any other option, and proceed to squeeze a few more undershirts into already-full drawers. Last week I yanked on a drawer that was so full it wouldn’t budge, so I yanked harder– and the handle flew off and hit me in the face. True story.

This went on and on. It was one of the fundamental ebbs and flows of my life here, my own personal set of tides– feeling fed up, feeling stuck, feeling grateful.

The question of where to live was a conundrum I simply could not solve.

(This might sound rather precious and dramatic, unless you live in NW Portland and you know how crazy competitive the rental market is. And no matter how I run the numbers, it appears that I will not be purchasing a house in this school district for at least another decade.)

Uprooting my daughter is not an option I will consider, so I stayed stuck, squeezed, but grateful to be here.

At the beginning of 2014, I had set a goal that we would be in our new home by Christmas. A friend of mine living in the South at the time had just moved into a house she’d found on this website – http://www.lowcountryrealestate.com/buying.html. This spurred me on to achieve my own goal of moving again!

I had this cozy vision of us hanging stockings by a fire.

On December 14th, 2014, I sadly concluded that this was not going to happen.

I concluded this as I walked through a potential new apartment still inhabited by the savage beast known as the twenty-six-year-old male.

Our showing had not started well. The agent knocked, called his name, and when he didn’t answer, she unlocked the door– but he emerged from the bedroom a minute later mostly naked, fiercely hung over, and pissed. Maybe that’s why he proceeded to use the toilet with the door still open…and not even flush. The dirty dishes and pizza boxes, meanwhile, had clearly been accumulating for several weeks. My daughter’s eyes were HUGE, you guys.

As I glanced around in horror (this filthy place was going for DOUBLE my current rent), the agent chirped, “It’ll be lovely when you clean it all up!”

So much for the cozy fireplace.

As we walked out, she whispered, “You didn’t hear this from me, but the building two doors down has an opening.”

So we walked down to look at it, but the open unit was a studio. No good.

Then we turned around to trudge home, and suddenly there, across the street– hidden until that very moment by a hedge– was a hand-lettered sign in front of a gorgeous house.

That’s weird, I scour Craig’s List and Zillow every day, and this isn’t listed. But after the last place, what do I have to lose?

I called the number.

“Hi, I’m calling about the place for rent….”

“Am I looking at you right now? I’m coming out the door.”

The rest, folks, is history.

We’re renting the top two floors of a lovely home straight off the cover of Quintessential Portland Charm. It is 3.8 times bigger than our current home. You read that right– my new closet is almost as big as my current bedroom.

When my friends heard, they were so excited for me that they jumped up and down in public and squealed. VERY LOUDLY. (These friends may or may not include the heads of the PTA, the school auction, and the local garden–which fact I may or may not have happened to nonchalantly drop into my first conversation with my new landlord.)

There is no moral to this story, except– don’t give up. Keep actively, relentlessly trying things that don’t work. Hold out for what you want, but be on the lookout for it to show up in unexpected ways and shapes. And when the unicorn rides into view, go hop on up on that beautiful beast and ride, baby.

May 2015 be full of YOU– your creativity, grit, humor, fierceness, and joy. I can’t wait to see what you create.

And next Christmas, I’ll send you pictures of our stockings in front of the fireplace.

P.S. If this story makes you livid and sad because you’ve been trying to “manifest” stuff and it isn’t working, please go read last week’s post immediately. This is not the Law of Attraction at work; this is a much dirtier, grittier, more beautiful form of magic. 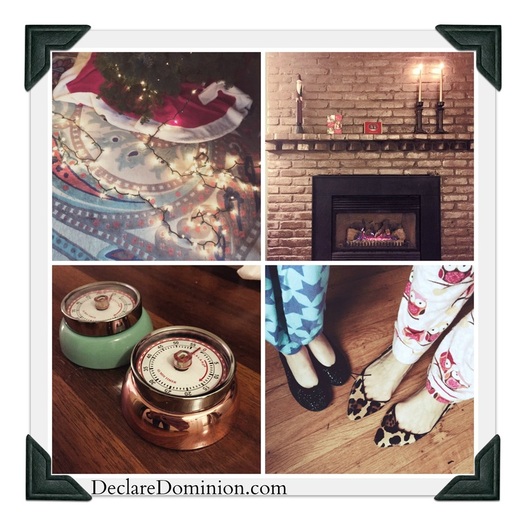