May The Forest Be With You 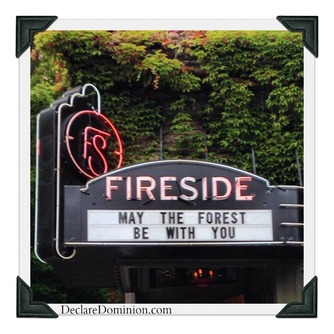 There is a lot going on.

This is always true, but recently my brain has been even woolier than usual.

Maybe it’s the autumn; everything feels saturated and vivid and melancholy, and I want to spend whole days on my couch, curled up in a blanket, reading Mists of Avalon.

Maybe I’m becoming enlightened and the petty things of this world can’t touch me.

But probably it’s all the fall TV frying my brain.

To demonstrate, here is the picture I originally loaded into this ezine.

Notice anything odd about it? 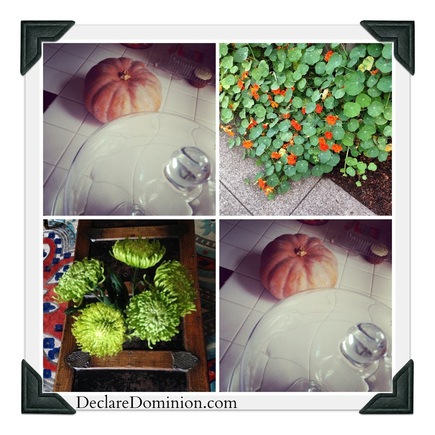 That’s right!  It has TWO OF THE SAME PHOTO IN IT.

I often want extra credit just for getting up and being a grownup every day instead of dissolving into a puddle of weeping overwhelm.  If people knew what it was like to live inside my head, I think they’d cut me a LOT more slack.

I’m also pretty sure that every single person on earth feels this way.

But anyway! The other day I found myself gripped in the swirl and I couldn’t seem to shake myself loose.  It was a Late Start Day for school, which meant that the school day had shrunk to approximately 6 minutes.  I still had a pile of work to get done that day, because someone forgot to inform the rest of the world about The Precious Late Start Days.  Emails were flooding in, my phone was dinging, and I kept wandering around the house looking for…I had no idea.  That’s why I kept wandering.

Then I’d come back to my computer, see that ten minutes had passed, and freak the fuck out.

Finally I had the sense to grab my journal and start scribbling.

Here is an actual reproduction of what I wrote:

Good grief, I am just spinning!  I’m getting NOTHING done, and it’s already 11:43 because today was another fucking late start, and I feel panicky.  Why do I feel so anxious?  And also so, so tirrrred?  Ugh.  Ok.  I’m in contaminated time.  Oh, duh.  I know how to do this.  Gah! First, I’ll make this list because it will help everything go better.  Then, I will send that email the clock is ticking on because that’s where a lot of the panicky sense of urgency is coming from. Then, I’ll spend 30 minutes, no more, on…

I will spare you the rest of my incredibly whiny, self-indulgent, boring entry, but suffice it to say that I made– oh wild and beauteous and revolutionary thing– a list of the five things I was going to get done.  And I put them in order of importance.  And I assigned the number of minutes I was going to spend on each one.

Note: And I gave myself permission to have the first thing be the writing and list-making I was doing right at that very second, because sometimes I need more blankies and kind words than the world’s crankiest toddler.

See, once again I had forgotten what I already know.  I had forgotten that I need a clear list, every single day, with things and times written on it, if I am going to do anything other than commune with the pretty dust motes in the pretty pretty sunlight.

So I returned to the most basic of practices– like a chagrined monk chopping her wood and carrying her water because she’s just failed Meditation 101– and took my own advice.  I drew up my ‘compass’ for the day (this is a tool I teach in my Queen Sweep program, but a list of that day’s important tasks will do just fine).

Because then I knew what I was supposed to do.  I knew that it was okay for me to take ten minutes to scrawl in my journal.  That it was okay if the email took 30 minutes to write, because I’d planned on that.  But also that at the end of 30 minutes, I was just going to SEND it, whether it was good enough or not, and move on to the next thing.

I think people with normal brains probably do not need to go to such greath lengths to manage their own unweildy minds.  Perhaps they have a detailed mental list going all the time, rolling along efficiently, powered by magical leprechauns.

But I need this level of structure, and it works beautifully.

I went on to write in my journal, after I made my list–

PHEW.  Ok.  Now I have my marching orders.  Uuuuuuuuuhhhhhhhhh a million times better.  Why don’t I just always DO the things that make everything better???  Why?!?!?!

(Look, they’re my journal pages and I’ll whine if I want to.)

Here’s why, I think:

Because there’s an intense discomfort to the act of saying, “This is what I am going to do,” and face the fact that if those five things are going to get done, it means that these other 6 things that are also important are simply NOT going to get done today.

That stack of mail is going to grow higher.

I am not going to make those cute sharing buttons that I promised my Secret Society.

The thoughtful email to so and so will have to wait another day.

In some ways, it’s less painful to just stay in the swirl– because when we’re in the swirl, we can pretend that we are somehow going to get ALL the things done, we will we will!, even though in reality we are panicking, breathing into a bag, and cutting more pumpkin pie because we can’t remember what we went into the kitchen for.

This is a way of escaping responsibility, of staying in victim mode, instead of stepping up to be the hero of your life.  (A hero who Decides Things, by golly!)

So today, be bold.  Declare one thing (or five) that you will DO, even if it means that all the other things won’t get done.

Write it down.  Assign it a time frame.

And then go and do it.

May the forest be with you.

And then go tell the world you’re an epic fucking badass, becuase that is exactly what you are. 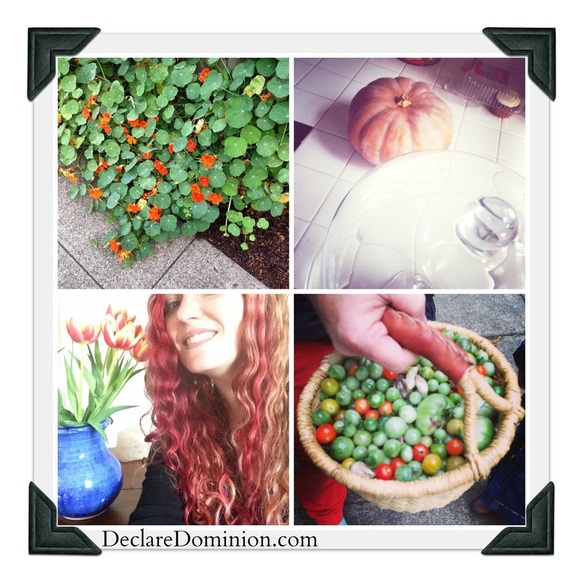